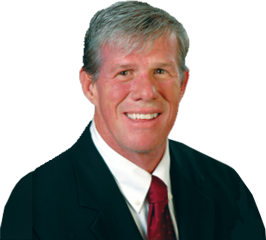 I have been blessed to serve the people of Iowa in the Senate since 2004 where I’ve never stopped working tirelessly to keep our communities safe and create an environment where quality jobs can thrive. Throughout my career, I successfully advocated for the passage of numerous bills and programs to expand the best educational access possible for all Iowans including students who live in rural areas, to greatly increase access to healthcare including mental health services and medical cannabis, and to support small businesses and job creators. I’ve wrangled in both parties’ spending to force the government to live within their means, just like everyone else. I am proud to be a leading member of the majority party in the Iowa Senate and Chairman of the Judiciary Committee— one of only three leaders of the committee in state history that has held the position as Chairman and non-attorney. And, most recently, when the coronavirus pandemic hit our communities, my office held constituent services as its number one priority to provide resources for those in need and help all Iowans make it through one of the biggest health and economic crises we have seen in our lifetime.

I first became active in local politics in Urbandale when the city seized the parking lanes in front of my hardware store to add additional traffic lanes. This abuse of government power jump-started my civic activism, and I helped organize other local business owners to fight back.

After engaging in the eminent domain fight, I decided to pursue public service and was elected to City Council, then to Mayor of Urbandale two years later. I am proud to have guided the city through an era of unprecedented commercial and residential growth resulting in the implementation of some of the best metro area amenities. During my tenure, Urbandale achieved the highest national quality of life rankings of any city in Iowa and was recognized as having the lowest taxes in the metropolitan area.

Like many hard-working families in Urbandale and the Des Moines area, I work to actively contribute to the economic and social success of the community. I owned my own business – Zaun’s Trustworthy Hardware – and I now work as Director of Sales at Master Dowel.

I have had the great pleasure of serving my community on several local boards and commissions including the Greater Dallas County Development Alliance, the Greater Des Moines Animal Rescue League, the Iowa Commercial Real Estate Association, the State of Iowa Child Support Advisory Board, the Mid Iowa Small Business Development Center board and the Iowa Commission. I am a current member of the Urbandale Breakfast Lions Club and the Iowa Jobs for America’s Graduates board.

It was my honor to be recognized throughout my career as the 1994 nominee for the Iowa/Nebraska Entrepreneur of the Year and a 2001 40 Under 40 Award recipient. In 2004, I was inducted into the Urbandale Chamber of Commerce Hall of Fame after serving as its President.

I am happily married to the love of my life, Dede, and together we have five children.